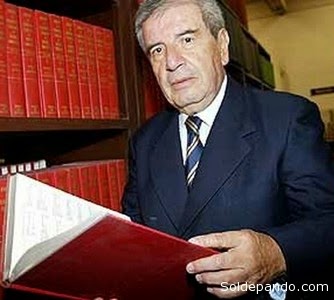 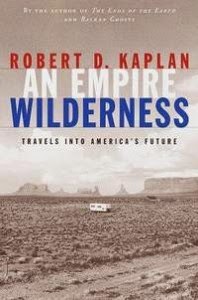 In Dad's hometown, a European soul

KARAPCHIV, Ukraine -- To understand why Ukrainians are risking war with Russia to try to pluck themselves from Moscow's grip, I came to this village where my father grew up.
The kids here learn English and flirt in low-cut bluejeans. They listen to Rihanna, AC/DC and Taylor Swift. They have crushes on George Clooney and Angelina Jolie, watch "The Simpsons" and "Family Guy" and play Grand Theft Auto. The school has computers and an Internet connection, which kids use to watch YouTube and join Facebook. Many expect to get jobs in Italy or Spain, perhaps even America.
"We feel our souls are European," Margaryta Maminchuk, 16, told me. "That is why we are part of Europe's future."
The village school, which is in my great-uncle's old family mansion, invited me to speak to an assembly, and I asked the students how many identified as European. Nearly all raised their hands.
These villagers aren't "important" and claim no sophisticated understanding of international events. But it's average Ukrainians like them who are turning this country around, defying President Vladimir Putin of Russia and his military, quite simply, because they dream to the West.
On past visits to this village, which my family fled in the 1940s, it seemed impossibly backward. It was near the Romanian border, a world apart from Kiev, the capital, and even a decade ago many houses lacked electricity and plumbing. Horses did the plowing. Nobody spoke English. If people went abroad it was to Russia.
Yet Ukraine has changed and opened up. Almost everyone now has electricity, plumbing and television, and many young men and women have traveled to Italy to find jobs. There is bewilderment that Poland is now so much richer than Ukraine -- and resentment at Moscow for holding Ukrainians back.
I asked Margaryta, the girl with the European soul, whether she could speak Russian. Everyone in the village can speak it, she acknowledged, but she added primly: "I will not speak Russian. I am a patriot."
Granted, significant numbers of Ukrainians in the eastern part of the country feel deep bonds with Moscow and want more autonomy. In the short term, despite a diplomatic accord reached with Russia and Ukraine that aims to defuse the crisis, Putin may succeed in dismembering Ukraine. But, in the long run, he is both undermining his own economy and also driving Ukrainians forever into a Western orbit, as surely as the Soviets propelled Czechs to the West when they invaded in 1968.
Even here in the village, Ukrainians watch Russian television and loathe the propaganda portraying them as neo-Nazi thugs rampaging against Russian speakers.
"If you listen to them, we all carry assault rifles; we're all beating people," Ilya Moskal, a history teacher, said contemptuously.
For people with such fondness for American culture, there is disappointment that President Barack Obama hasn't embraced Ukraine more firmly.
"The U.S. is being very slow and cautious," said Anatoly Marinchuk, a retiree, scolding gently. "You should be firmer, and quicker with financial assistance."
He's right, I think.
It's not just Ukrainians who are watching, and Putin himself, but all the world. We don't have great tools, but we can do more.
As Wesley Clark and Phillip Karber, two U.S. military experts, suggested in a report to the Obama administration, the United States can do a far better job supplying nonlethal assistance to the Ukrainian military, in part to deter Russia. We can make clearer that Russia would face devastating banking sanctions if it invades Ukraine. We can send more officials on visits, and Obama would warm hearts if he found a way to quote the national poet and hero, Taras Shevchenko.
We should take heart from the recognition that backing Ukraine places us on the right side of history. Ukraine has had wretched national leaders, so today leadership comes from ordinary people who are driven by deep popular aspirations like those reverberating in my family's ancestral village.
Without moving an inch, this village has been an ever-changing place. When my father was born, it was Austria-Hungary. Throughout his childhood, it was Romania. In the 1940s, it became the Soviet Union. In 1991, it became the Republic of Ukraine.
And, in 2014, by popular will, it is becoming part of the West.
Ukrainians hope to avoid a war with Russia that they know they would lose. But many believe deeply that their futures depend on reorienting their country to the West. That they won't compromise on.
Ukraine faces difficult times ahead, but tectonic forces are propelling it westward. In the battle between Putin and Taylor Swift, I bet on Swift.
"We love your culture, and we want to be part of you," one man from Donetsk told me, almost beseechingly. "If you abandon us, we will never forgive you."
_____
De THE NEW YORK TIMES, 20/04/2014
Posted by Claudio Ferrufino-Coqueugniot at 2:34 PM No comments: 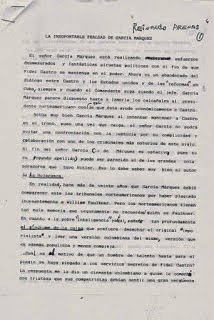 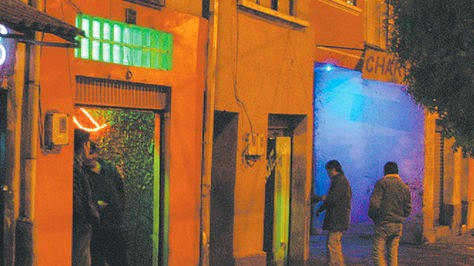 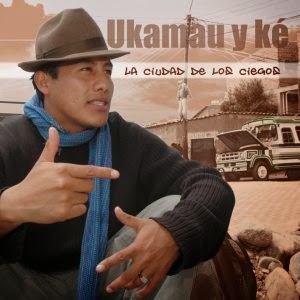 Posted by Claudio Ferrufino-Coqueugniot at 11:40 AM No comments: