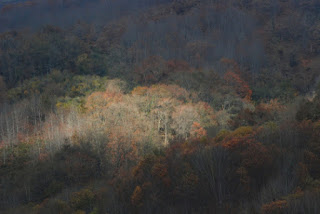 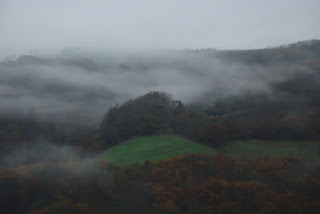 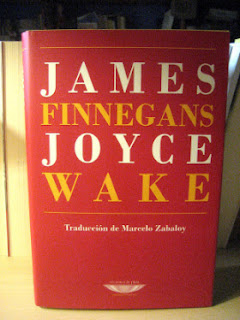 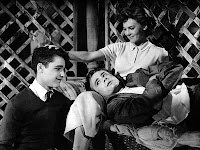 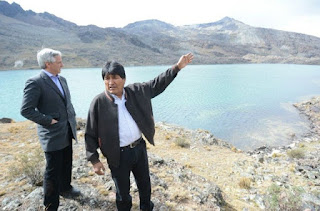 Posted by Claudio Ferrufino-Coqueugniot at 3:51 PM No comments: 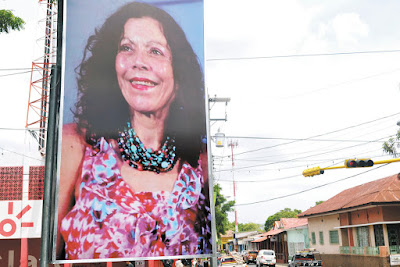 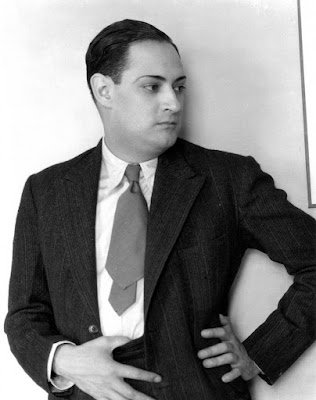 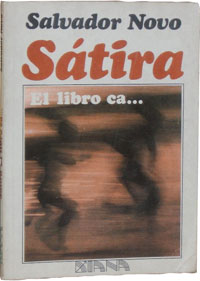 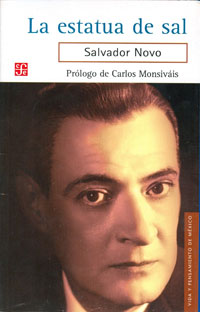 Imagen; Salvador Novo circa 1930, por Manuel Álvarez Bravo
Posted by Claudio Ferrufino-Coqueugniot at 5:37 AM No comments: 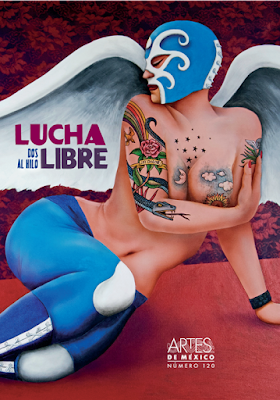 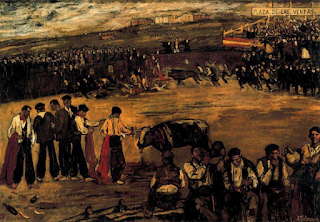 Posted by Claudio Ferrufino-Coqueugniot at 8:27 AM No comments:

Posted by Claudio Ferrufino-Coqueugniot at 7:39 AM No comments: 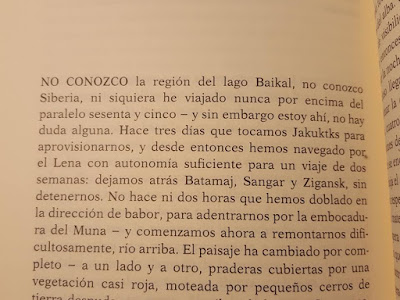 Posted by Claudio Ferrufino-Coqueugniot at 5:47 AM No comments: 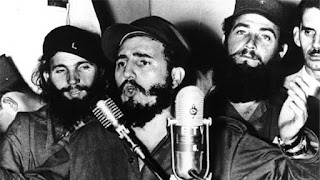 As of the year 2006, Fidel Castro, Cuba's revolutionary leader, who has died aged 90, had reportedly been the subject of no fewer than 638 assassination plots by the CIA.

The Guardian newspaper notes that these had ranged from mundane bombing and shoot-'em-up schemes to more ludicrous proposals, such as one involving "a diving-suit to be prepared for him that would be infected with a fungus that would cause a chronic and debilitating skin disease".

At first glance, of course, it may seem odd and overreactive that a global superpower would engage in neurotic efforts for over half of a century to take out the leadership of an island nation smaller than the US state of Pennsylvania.

But, has it really just been a simple case of neurosis-for-the-sake-of-neurosis?

Following the triumph of the Cuban revolution in 1959, the US political establishment laboured to portray the country as not merely an ideological disaster, but also a bastion of malevolence and a downright existential threat.

In 1960, then-senator John F Kennedy spoke of Cuba as a "Communist menace" imperilling "the security of the whole Western Hemisphere" and raising the question of "how the Iron Curtain could have advanced almost to our front yard".

As late as 2002, more than a decade after the collapse of the Soviet Union, the US selected Cuba as one of three new additions to the "axis of evil" based on its alleged (read: US-hallucinated) pursuit of weapons of mass destruction.

The campaign to demonise Castro by associating him with apocalyptic scenarios, however, fails to account for the fact that the US undoubtedly takes the cake when it comes to existential threats - i.e. threats to existence as we know it.

The Cuban Missile Crisis, for example, is recorded in official US propaganda as the time the Soviets brought the world to the brink of nuclear war by installing ballistic missiles in Cuba.

In reality, the installation of said missiles postdated the installation in Turkey of US nuclear-armed Jupiter missiles pointed at the Soviet Union, and amid a US terror offensive courtesy of President Kennedy in Cuba, where Soviet missiles constituted the only deterrent against an invasion to topple Castro.

Furthermore, as Noam Chomsky has detailed, the US rejected fair and reasonable offers from Nikita Khrushchev, the Soviet leader, to defuse the missile crisis, apparently preferring to gamble with the fate of humanity.

Regarding the double standard by which the US judged its own missiles against everyone else's missiles, Chomsky comments sarcastically: "A vastly more powerful US missile force trained on the much weaker and more vulnerable Soviet enemy cannot possibly be regarded as a threat to peace, because we are Good, as a great many people in the western hemisphere and beyond could testify - among numerous others, the victims of the ongoing terrorist war that the US was then waging against Cuba".

In his 1960 speech, Kennedy complained that Castro had "confiscated over a billion dollars' worth of American property" - a nod to the financial motives behind the vilification of the man who had overthrown the oppressive, corporate-friendly dictatorship of US pal, Fulgencio Batista.

Of course, it wouldn't look so good were the US government to acknowledge that its preponderant concern in Cuba is freedom for US capital. So a deceitful euphemism is deployed: What the US cares about in Cuba, we are told time and again, is "freedom for the Cuban people".

US-generated ruckus about Cuban political prisoners and the dearth of freedom of the press and of expression necessarily becomes less convincing in light of the US' own history of assassinating anti-establishment characters and its efforts to institutionalise censorship, as in the cases of Chelsea Manning and Edward Snowden.

The sheer disingenuousness of the Cuban-freedom alibi is further underscored by the fact that the US happens to occupy a portion of Cuban territory on which it presides over an illegal prison dedicated to indefinitely detaining, torturing, force-feeding, and otherwise annihilating the freedoms of various non-Cubans.

To be sure, Castro's Cuba was never a paragon of freedom of speech or related rights. When I visited for a month in 2006, some of the government detractors with whom I spoke would only pronounce Castro's name in a whisper.

Others had no qualms airing their complaints at high volumes, such as my father's relatives in the eastern province of Granma, who claimed that Castro was personally to blame for their inability to remodel the bathroom since 1962.

Although Cuba does not qualify as an objectively free society, it's important to recall that curtailments to Cuban freedom do not occur in a vacuum. Instead, they occur on an exposed island that has, for the duration of its contemporary history, resided in imperial crosshairs.

Given the sustained US effort to overthrow the Castro regime, and the system itself, with the help of fanatical Cuban exiles prone to terrorism and sabotage, state paranoia has perhaps not been unfounded. Repressive security measures stemming therefrom qualify as reactive in nature, and a result of vindictive US policy.

There are, meanwhile, numerous freedoms Castro's Cuba hasn't skimped on. There's much to be said, for example, for the freedom to exist without having to worry about access to food, shelter, healthcare, and education - all of which the Cuban state provides its residents.

In a 2010 article about Cuba's health-care system for the Independent, Nina Lakhani outlined how a "prevention-focused holistic model ... has helped Cuba to achieve some of the world's most enviable health improvements".

Despite spending a fraction of what the US was then spending per capita, Cuba enjoyed a lower infant mortality rate than its neighbour to the north - not to mention one of the highest ratios of doctors per capita in the world.

In addition to popularising the fundamentally anti-human view of healthcare as a for-profit commodity, the US is also known for such things as rampant homelessness, a wildly disproportionate detention and incarceration rate for black people, a higher education system that harnesses learners with debilitating debt, and elementary schools that confiscate and throw out children's lunches when their parents are behind on meal payments.

That Cuba is able to provide basic necessities of life free of charge is to some extent proof that useful programmes are possible when a nation does not spend trillions of dollars on devastating wars.

Instead of exporting catastrophe, Castro's Cuba has focused on exporting doctors. The New York Times reported in 2009 that, "[i]n the 50 years since the revolution, Cuba has sent more than 185,000 health professionals on medical missions to at least 103 countries".

A Cuban doctor employed at a free health clinic in Venezuela once aptly remarked to me on the discrepancy between US and Cuban foreign policy: "We also fight in war zones, but to save lives".

Such achievements are all the more notable given that they have occurred within a context characterised by imperial predations, a punishing economic embargo, and politically influential, belligerent hysterics from the Cuban exile crowd headquartered in Florida, a mere 160 km from the Cuban coast.

Despite sensational braying over the decades about the Cuban menace, Castro never posed a physical threat to the US. Rather, the danger always lay in the example he set, which exposed the possibility of challenging the pernicious self-declared US monopoly over human existence - and for which he merits remembrance as a hero.

Belen Fernandez is the author of The Imperial Messenger: Thomas Friedman at Work, published by Verso. She is a contributing editor at Jacobin Magazine.

Posted by Claudio Ferrufino-Coqueugniot at 5:17 AM No comments: 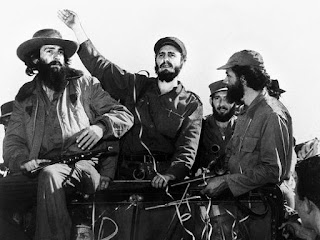 Posted by Claudio Ferrufino-Coqueugniot at 4:48 AM No comments: