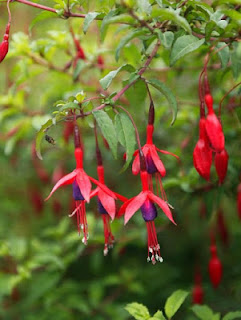 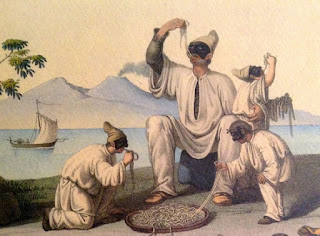 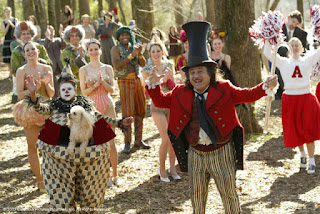 Posted by Claudio Ferrufino-Coqueugniot at 9:34 AM No comments: 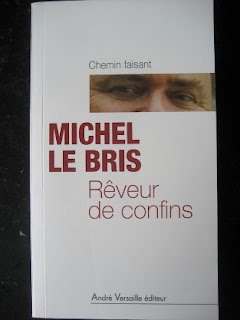 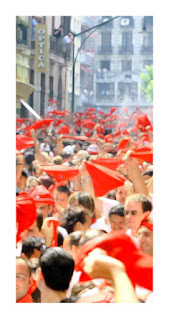 Posted by Claudio Ferrufino-Coqueugniot at 6:28 AM No comments: 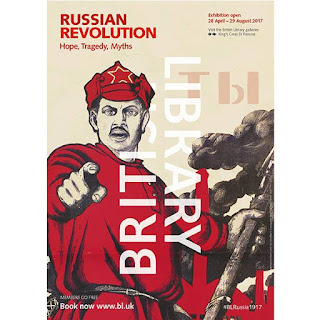 In late August, scientists, engineers and a small army of robots left Norway on a research ship headed toward the North Pole. The plan was to explore, from top to bottom, a section of the Arctic Ocean near Greenland. With help from the machines, oceanographers hoped to gain insights about the ocean’s chemistry and ecology, including the types of creatures that inhabit these pitch-dark, near-freezing waters, the communities they build, and the energy sources they consume at depths that can exceed 3 miles. Scientists had surveyed some of these areas before, but new technologies promised more precise measurements and a clearer picture of how the icy ocean was changing. 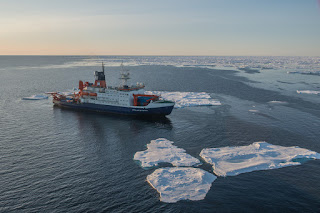 The polar mission was the capstone of a five-year collaboration between 16 German organizations. Dubbed the Robex Alliance (short for Robotic Exploration of Extreme Environments), the project is one of several world-wide academic and commercial initiatives with the same end: to develop technologies—sensors, batteries, chips, robot bodies, software—that could fast-track exploration of places that are too dangerous or hostile for humans to explore on their own. The advances have applications in search-and-rescue, the oil and gas industries, law enforcement, and others. They could also usher in a golden era for deep exploration of Earth’s oceans, only 5% of which have been surveyed by humans. 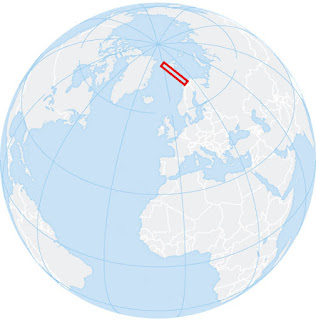 In the long term, this testing, prototyping and exploration will serve a second purpose: to create the robots that will search for life on the moons of other planets.

A large part of August’s polar mission was locating and retrieving Tramper, a 1,400-pound tank-like rover that had spent more than a year autonomously inching along the frozen terrain about a mile and a half below the surface. While ice made the water impassable for ships, Tramper roamed the sea floor, measuring oxygen content and collecting data. According to Frank Wenzhöfer, a microbiologist at the Alfred Wegener Institute Helmholtz Center for Polar and Marine Research and the vessel’s crew leader, the year Tramper spent underwater is the longest time a robot had been left to its own devices in the Arctic with no human contact.

Engineers also tested a prototype of a yellow space shuttle-looking glider designed to measure temperature, salt content and oxygen concentration closer to the surface to complement TRAMPER’s data. A torpedo-shaped autonomous underwater vehicle studied the biology at the interface between water and free-floating ice sheets called floes, an area researchers think is sensitive to changing conditions. To avoid collisions with fast-moving ice when the robot surfaced, a drone atop a floe beamed the engineers on the boat GPS coordinates they could use to change where the machine emerged from the water. 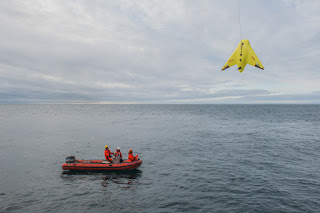 Planetary scientists and astrobiologists once believed life could exist only in the so-called Goldilocks zone, defined by the distance that separates the sun from Earth’s orbit, where the temperature allows for liquid water and a breathable atmosphere. But over the past few decades, scientists have discovered that some of the solar system’s far-flung planets, including Jupiter and Saturn, have moons with liquid oceans. NASA posits that these moons are our best shots at finding extraterrestrial life.

Data from Galileo, a spacecraft that flew by Jupiter’s Europa in the late 1990s, suggested that the moon might have a subsurface ocean with plumes of gases bursting through fissures in its icy crust. In 2005, the Cassini-Huygens probe took images of similar structures on Enceladus, a tiny moon orbiting Saturn. Sensors suggest that Enceladus has an active ocean sandwiched between a layer of ice dozens of miles thick and a rocky bottom. Earth ocean’’s own rocky bottom, scientists believe, could have provided the essential building blocks of life—some of which, including hydrogen, nitrogen and salt, were detected by Cassini’s instruments in the plumes of Enceladus.

On Sept. 15 of this year, Cassini—low on fuel after 20 years of exploring—intentionally flew into Saturn’s atmosphere and burned up to avoid crashing into Enceladus and possibly contaminating environments that could already harbor or one day bear life. 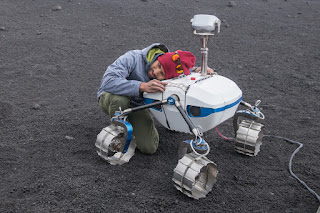 A flyby mission to Europa is scheduled to launch in the 2020s, and scientists are awaiting funding decisions for proposed missions to Enceladus. But before space programs can embark on multimillion-dollar expeditions to the outer solar system, scientists need robots that can handle on-the-ground exploration of extremely hostile environments where surface temperatures can plummet to nearly minus 400 degrees Fahrenheit.

This is where Earth’s most remote and inhospitable regions come in handy. The ice-covered oceans of the Arctic and the Antarctic resemble those discovered on Enceladus and Europa, and Mount Etna in Sicily has a craggy terrain and hazy atmosphere similar to that of Titan, Saturn’s largest moon. Collaborations like the Robex Alliance, which includes space engineers, enable planetary scientists to test-drive robot prototypes in places similar to the extraterrestrial terrains they hope to explore.

In July, a Robex team tested a Mars rover-like machine that positioned seismic sensors on the surface of Mount Etna to study its quakes. Using cameras and planning software, it surveyed its surroundings and then figured out where to place the sensors by itself. Similar software and versions of the hardware reinforced for space travel could one day be used in future missions to the moon or other celestial bodies.

“There are these areas on Earth that are as difficult to reach as foreign planets,” says Antje Boetius, a deep-sea and polar researcher at Germany’s Alfred Wegener Institute, which is part of Robex. “If we use Earth as the next best analog to a planet with a deep ocean and thick ice cover, how would we go about using a robot to explore?”

It starts with better hardware. When Robex located Tramper, it had been going around and around in circles in the same spot for 35 weeks, due to a broken gear. On Earth, where scientists can eventually retrieve and fix a stuck robot, their malfunctions are merely disappointing. In space, a mechanical failure could spell the end of the mission. (Some scientists are also working on robots that can heal themselves, although that ability is years if not decades away.)

ROBEX researchers got a whiff of that doomsday scenario this summer when they deployed another crawler dubbed VIATOR and its landing station to the seafloor. Two previous attempts had failed. They only had two days left in the mission—and five years of work behind them.

When VIATOR finally made it to the bottom and attempted to leave its lander, one tread started rotating at half the speed as the other. It veered off course and crashed. On board, scientists and engineers watched through a camera feed from a remotely operated vehicle.

“That was a real disaster,” said Sascha Flögel, a marine geologist and lead for VIATOR. The seven-person team coded and beamed the machine a new program that instructed the faulty tread to move at approximately twice the normal speed to compensate. It wasn’t perfect, but the rover’s navigation program was able to self-correct as it made its way back to the station using light markers on the lander as guideposts.

Today’s autonomous robots, such as Tramper, execute a set of predetermined commands without human intervention. If conditions change drastically, a robot can stall. Ideally, it would be able to adapt on the fly, but that requires learning. For instance, the robot would have to know from experience that a spike in oxygen is worth further exploration or that a change in the stability of the soil could put it in danger of getting stuck. This is impossible for most robots to do fully autonomously, in part, because the sensors that allow them to explore their environment don’t directly feed back into the software that controls them. They lack a basic understanding of what they’re seeing and touching.

At NASA’s Jet Propulsion Laboratory in Pasadena, Calif., Steve Chien is helping to build better brains for the robots of tomorrow. He’s part of a team designing software for robotic explorers to Europa. “The places we really want to go the most [are] the places we know the least about,” which makes his team’s job especially challenging because their machines have to be ready to work in an enormous range of situations, he says.

Dr. Chien is preparing for life-hunting missions to outer space by tapping the expertise of Chris German, an experienced hydrothermal-vent hunter. Hydrothermal vents are underwater fountains that spew hot water and chemicals from within the Earth’s crust through ruptures on the ocean floor. Oceanographers posit that life on Earth may have evolved in these active zones, but only a fraction of these structures have been explored. Finding structures similar to Earth’s hydrothermal vents on Enceladus sparked hope of finding life there.

Dr. Chien’s team monitored Dr. German to learn how he looks for vents. The goal: to turn his expertise into code for underwater autonomous vehicles.

They wanted software “that could think the way I did,” says Dr. German, who is based at the Woods Hole Oceanographic Institution in Woods Hole, Mass., and has collaborated with the Robex Alliance. After observing Dr. German for several weeks during a cruise through the Arctic last fall, Dr. Chien’s team came up with an experimental algorithm to help robots search for vents. Changes in temperature or the chemistry of water, for instance, might signal plumes associated with hydrothermal vents. If a robot running Dr. Chien’s algorithm detects these changes, it will try to localize the origin of those anomalies and search that area for a stronger signal.

They’re still fine-tuning the software with computer simulations—a standard tool in software development for robotics—and Dr. Chien hopes to test it in a robot in the field as early as 2018.

By necessity, space robots have long had autonomous features. The Mars rover, for instance, was able to check its own batteries, shut down malfunctioning instruments that suck up power, and plan routes. But Dr. Chien’s team is working on adaptive software for a new Mars rover that will be able to adjust its schedule of experiments based on power consumption or if some activities finish early. “That is something that the current [Mars] rover can’t do,” he says.

A future iteration of that program would interconnect several rovers, drones, underwater robots and landers. These robots would be able to communicate with one another and adjust their tasks if one fails or detects some preliminary evidence of life.

_____
De THE FUTURE OF EVERYTHING, revista de THE WALL STREET JOURNAL, Noviembre-Diciembre, 2017
Posted by Claudio Ferrufino-Coqueugniot at 2:51 PM No comments: 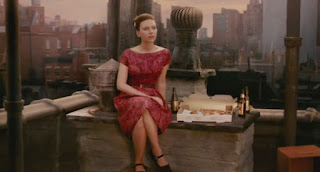 Posted by Claudio Ferrufino-Coqueugniot at 1:54 PM No comments: 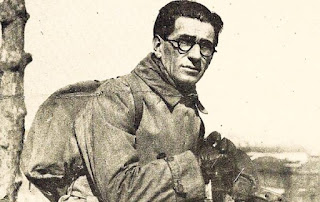 Posted by Claudio Ferrufino-Coqueugniot at 1:29 PM No comments: