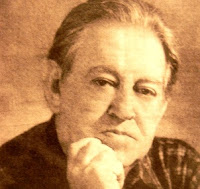 Posted by Claudio Ferrufino-Coqueugniot at 11:16 AM No comments: 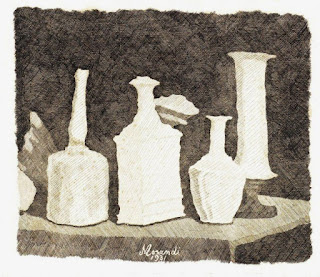 Posted by Claudio Ferrufino-Coqueugniot at 8:43 AM 2 comments: 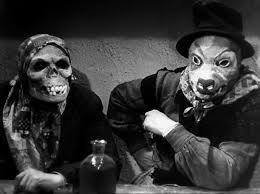 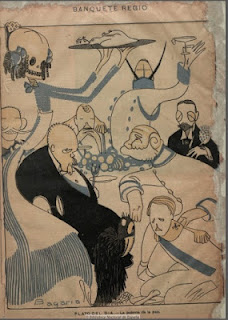 
De PLUMAS HISPANOAMERICANAS, 26/02/2017
Posted by Claudio Ferrufino-Coqueugniot at 8:49 AM No comments: 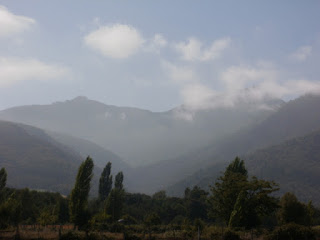 Painting the Mosaic of El Barrio 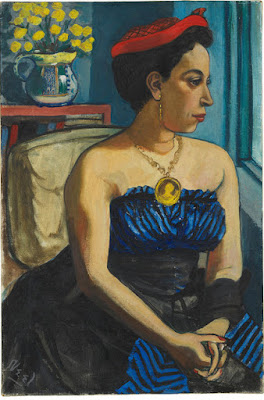 “I love you Harlem,” the American painter Alice Neel wrote in her diary around the end of World War II, and really, she loved everything in it. Neel celebrated Harlem — specifically its ethnically mixed section known as Spanish Harlem or El Barrio — for “your poverty and your loves.” And what Neel eulogized in her diary, she immortalized in oils: street scenes, interiors and, above all, portraits of the men, women and children in a neighborhood far from the suburban Philadelphia of her youth, which the artist adopted as her own.

Little heralded in her lifetime, Neel (1900-1984) has won posthumous acclaim as one of America’s most inventive and peculiar portraitists. Her later paintings, especially, made her sitters strange through thick outlining and unelaborated backgrounds. But behind Neel’s experiments with form were New York lives — of writers and revolutionaries, lovers and petty criminals.

Two dozen of her portraits are on view in “Alice Neel, Uptown,” an affectionate, rooted, and at times achingly nostalgic exhibition at David Zwirner gallery that concentrates on her relationships with fellow Harlemites, most of them black, Latin American or Asian. The show was organized by the writer Hilton Als, who also has written a series of wistful essays for the catalog.

The Zwirner show is one of two important exhibitions of Neel’s work this year. Last month I traveled to the Netherlands to see a major touring exhibition of her paintings, which recently closed at the Gemeentemuseum in The Hague. (It reopens on March 4 at the Fondation Vincent van Gogh in Arles, France.) With more than 70 works, the European retrospective takes in Neel’s entire career, beginning with her earliest portraits, done in Havana, and her paintings from the 1930s, when she lived in Greenwich Village and was employed by the Works Progress Administration. The Village was then the epicenter of bohemian life, and would give rise to Abstract Expressionism, beat poetry and gay liberation. A 1933 painting of the eccentric Joe Gould, in the European retrospective, depicts him as a freak with multiple sex organs; in 1935, she painted the poet Kenneth Fearing, framed by the el train and ghoulish commuters.

But the young Neel hated Greenwich Village. As Mr. Als points out, she considered the neighborhood “honky-tonk” — and so with her lover, the musician José Santiago Negrón, she moved into the first of several railroad apartments in Spanish Harlem, just off Central Park. The Zwirner show begins here, in the 1940s, when her portraits grow tighter and more acute, and her subjects grow more ethnically diverse. Horace R. Cayton, co-author of the groundbreaking sociological study “Black Metropolis,” sits pensively in a portrait from 1949, his skin lit into fulvous brown by sunlight from a single window. The next year Alice Childress, a playwright, sits by the same window, serene and satisfied, in a blue dress whose ruches Neel renders with fat black lines. 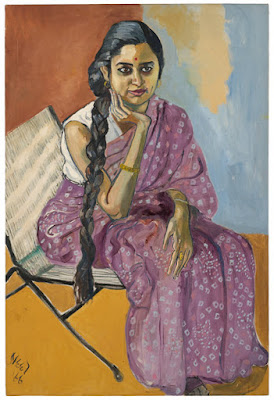 Childress lived near Neel, on East 118th Street, and archival materials assembled by Mr. Als position both women’s artistic practices in a larger uptown ecosystem — in which Neel, who was white, figures as a full participant. A photograph of Puerto Rican community organizers includes Mercedes Arroyo, who sat for Neel in 1952, peering upward through big brown eyes. And long before the social critic Harold Cruse published his broadside “The Crisis of the Negro Intellectual,” Neel painted him in a baggy gray suit, with long, dainty fingers resting broodingly on his cheek.

The painter and the critic probably met through political circles. Neel, though not a Communist Party member, was a lifelong leftist and was under F.B.I. surveillance for a spell. (In that poetic eulogy for Harlem she also wrote, “I love you for electing Marcaronio” — a malapropism for Vito Marcantonio, the socialist who served 14 terms in the United States Congress as representative for East Harlem.) The Zwirner show includes Neel’s well-thumbed biography of Lenin, as well as an autographed book by W. E. B. Du Bois.

Yet her gaze roamed past the uptown intelligentsia, onto her neighbors in Spanish Harlem. A boy named Georgie Arce, who used to run errands for Neel, appears here in four drawings and a constricted painting, his ruffled black hair set off by a hot-pink background. Decades later, Arce would go to prison for murder — absorbed, perhaps, by the violence that Childress described in her books and that Arroyo fought to expunge from El Barrio. But he is preserved here in Neel’s hand, and in a sneering snapshot, a trace of a life not yet ground down. 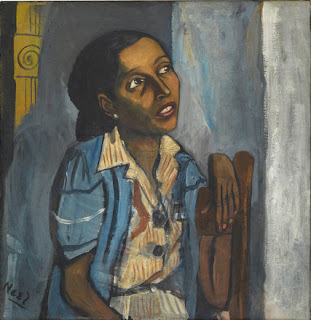 Neel spent the bulk of her mature career in two uptown apartments, one in El Barrio and the other in Morningside Heights, and Mr. Als has bisected his show accordingly. When she moved to the west side in 1962, Neel’s paintings grew freer and nimbler, thanks partly to the copious light that flooded her new digs. (A good New York moral: Everything in the end comes down to real estate.)

Neel in the 1960s began to employ broader strokes and bolder colors in her portraits, whether of the civil rights activist James Farmer or of an unnamed South Asian woman, a bindi on her forehead, her mauve sari covered with periwinkle rhombuses. But her increasingly free-form style did not entail an escape from the people she lived among. Her portraits of black, Latino or Asian New Yorkers, quite unlike those of other midcentury leftist painters, were never exercises in social realism. They were something else: efforts to afford the same status and consideration to her neighbors that earlier portraitists reserved for popes and princes.

Last Sunday, unseasonably warm, I moseyed through Central Park to see Neel’s old neighborhoods. Her railroad apartment on 108th Street in Spanish Harlem is still there, and the bodega around the corner stocks both Goya canned foods and specialty yogurt from Iceland. From there I traveled up Fifth, away from the park and into gentrifying Harlem, up through steep Morningside Park, across the Columbia campus, and down to Neel’s final apartment at the top of West End Avenue. Many of the tenements Neel and her sitters inhabited gave way to cruciform housing projects; others, more recently, have been replaced by cookie-cutter condos. West Indians gossiping on their cellphones walked past white women in athleisure tights. A car blasting merengue did not disturb the crowds on St. Nicholas Avenue, happily queuing for brunch. 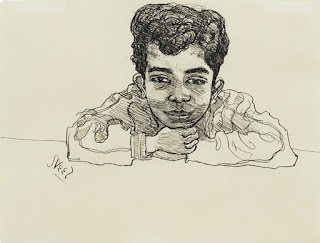 Would Neel have made her career here today? She might be in Bushwick or, more likely, Berlin; the artist sold little during her career, and the government funding that sustained her at first will not come again, not when even the National Endowment for the Arts looks set for the chopping block. When I saw Mr. Als’s exhibition a second time after touring Neel’s Harlem, I found it even more nostalgic than before — not only for the thriving culture of a certain New York, but for a time when artists could afford it.

Posted by Claudio Ferrufino-Coqueugniot at 1:54 PM No comments: 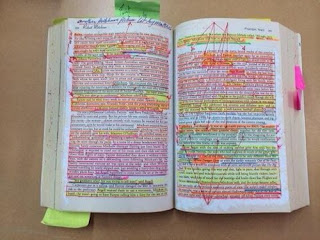 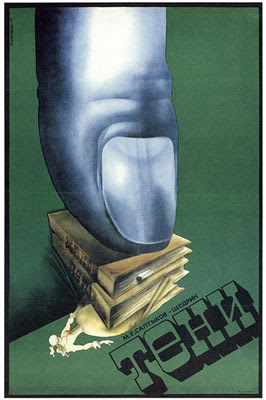 Posted by Claudio Ferrufino-Coqueugniot at 2:56 PM No comments: 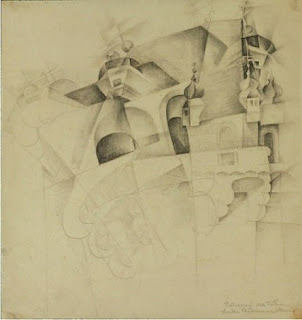 Imagen: Erika Giovanna Klien, ca. 1922-23
Posted by Claudio Ferrufino-Coqueugniot at 5:37 AM No comments: 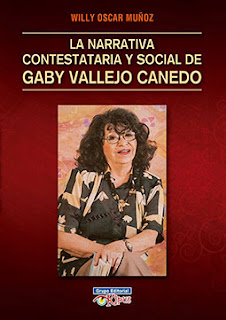 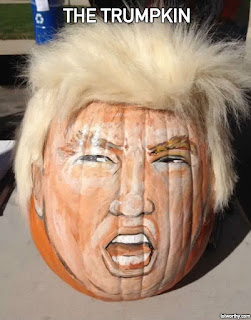 Imagen: Donald Trump Pumpkin – The Trumpkin
Posted by Claudio Ferrufino-Coqueugniot at 6:29 AM No comments: 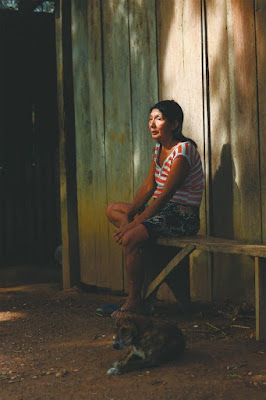 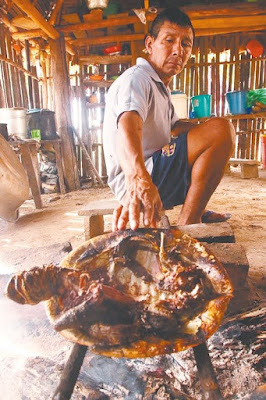 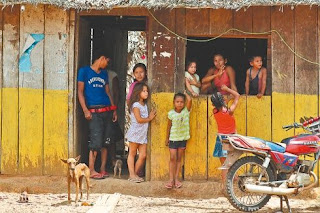 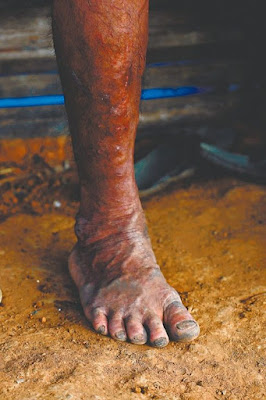 Posted by Claudio Ferrufino-Coqueugniot at 3:08 PM No comments: 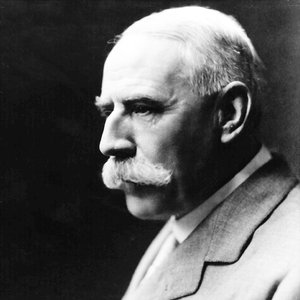 Posted by Claudio Ferrufino-Coqueugniot at 2:05 PM No comments: 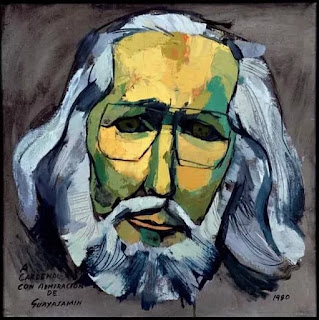 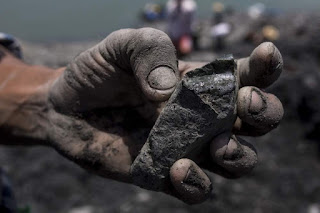 Posted by Claudio Ferrufino-Coqueugniot at 10:47 AM No comments: