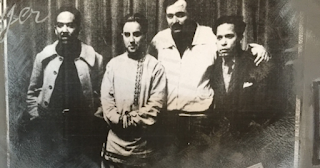 Canceling a 60-day tour through Russia that he was slated to lead, Langston Hughes left to cover the Spanish Civil War on June 30th, 1937. The Baltimore Afro-American newspaper sent him abroad to write “trench-coat prose” about black Americans volunteering in the International Brigades with articles being picked up by other news outlets such as Cleveland’s Call-post and Globe magazine.

Hughes’s 22 articles covered an angle no one else in the world was focused on as companies such as the Abraham Lincoln and Washington Brigades were not only integrated but featured Negro commanders leading white troops, “a policy then unheard of in the US Army.” Overcoming outright denials by the US State Department, Hughes struggled to enter Spain in early August, finally securing press credentials through French means.

In lighter moments, Hughes stood among black soldiers such as Thaddeus Battle and Bunny Rucker like a schoolboy hearing gossip about a girl he just met. In fact, his laugh often sounded as if he was being tickled. Staying for five months, housed mostly in the Alianza overlooking Madrid, Hughes took on the imagined voice of one of the international brigades’ black soldiers in two poems written as “Postcard from Spain” (1938) and “Letter from Spain” (1937).

Addressed to fictional family members back home in Alabama, the poems are dated and signed “Johnny.” The letter imagines befriending a “Moorish prisoner” who has been duped into fighting for Franco while the postcard exults a newfound feeling of companionship as “Folks over here don’t treat me/ Like white folks used to do.”

Hughes sent the nearly identical first draft of his “Postcard” as a literal postcard to Louise Thompson, writing it on the back of an image of Hans Beimler, a German Communist Party member who was killed leading forces against Spanish Nationalists in 1936, before Hughes arrived. Though the subject-matter was serious, his sense of humor could not be contained as he playfully signed off “Salud, Johnny,” dating the postcard “Sept. the who? 1937.”

Hughes had been drawn to Spain’s plight well before he left, and his poem “Song of Spain” (1937) was read at the combined National Negro Congress and American Committee to Aid Spanish Democracy. Arriving in Barcelona from Paris by train, Hughes and fellow correspondent the Cuban poet Nicholás Guillén arrived a day after a harrowing attack on the city that killed around 100 people. Headlines on his first day read Air Raid Over Barcelona, and this piece of press immediately made its way into the title of Hughes’s poem, where the “nightmare dream” comes in the form of “The siren/ Of the air raid sounds.”

Perhaps his most poignant poem from his time in Spain, most of which was written during his first few weeks in the country, “Moonlight in Valencia: Civil War,” personalized a death that was no longer heroic and idealized as civilians imagined: “An officer in a pretty uniform/ Or a nurse in a clean white dress.” Instead, night raids in the moonlight dropped bombs that left “steel in your brain.”

Wisely drafting a will before he left, Hughes faced dangers that were very real, and he “was lucky not to have been killed himself.” He missed being “blasted out of a Brigade battalion’s new field headquarters,” barely escaped a hand grenade that fell within “feet” of him, but in the end sustained only one minor wound. It occurred not when he “dodged the line of sniper fire,” but when a bullet nicked him in the elbow when he was in the streets of Madrid’s University City.

Riding in military convoys, Hughes befriended one of the drivers, and Bernard “Bunny” Rucker gave Hughes the best coat he had yet owned. Hughes was still wearing it to a poetry reading when the two met three years later in Columbus, Ohio.

Hughes joked that “During the months that I was in Spain I became acquainted with more white American writers than at any other time of my life.” Though John Dos Passos had left before Hughes arrived, he met Dorothy Parker, Stephen Spender and W. H. Auden. Hughes spent an entire day speaking privately with Ernest Hemingway, but quietly reserved the right to withhold exactly what formidable topics their intimate discussions covered.

Now turning his own wisp of a moustache into the full thickness of Papa’s, Hughes was clearly impressed by Hemingway saying: “I found him a big likeable fellow whom the men in the Brigades adored.” Hughes had lost over 14 pounds by the end of his six months in Spain. He was “hungry” but never “bored.” Hemingway threw a farewell party for Hughes in Madrid. It started only after one of the “heaviest shelling attacks on the city” finally ended, leaving a very drunk poet stumbling with Guillén to a bus that sped them to Valencia.


Posted by Claudio Ferrufino-Coqueugniot at 2:34 PM No comments: 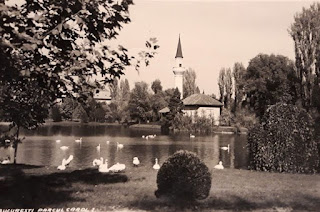 
Posted by Claudio Ferrufino-Coqueugniot at 2:34 PM No comments: 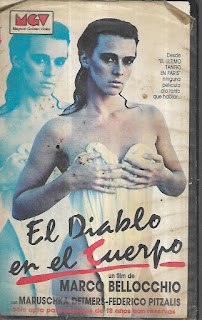 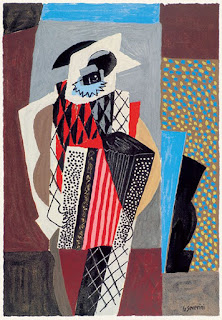 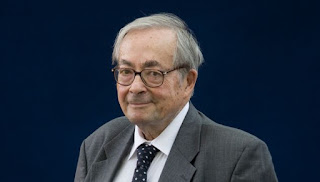 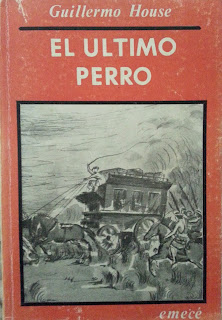 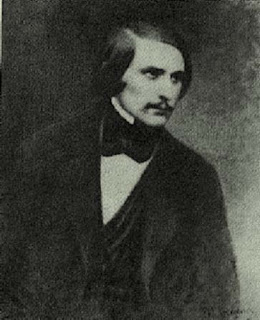